Delta Police investigators were kept busy with three incidents within a 72-hour period connected to the BC Gang Conflict.

Starting on November 3rd, the Delta Police Department responded to reports of shots fired in the area of 92A Ave and 117 Street in North Delta. Upon arrival, officers located a 22-year-old man from Delta with significant gunshot injuries. The investigation has resulted in tips from the public and the retrieval of important surveillance video evidence. The victim is recovering in the hospital from his injuries. The investigation is ongoing.

In an unrelated drug investigation, on November 3rd and 4th, members of the DPD Drug Investigative Support Team (DIST) executed Search Warrants on residences located in Richmond and North Delta.  The searches resulted in the seizure of drugs, cash, evidence of a drug trafficking operation, and firearms. Two suspects from North Delta were arrested with the assistance of the Lower Mainland Emergency Response Team (LMD ERT) in Vancouver on Friday afternoon. Investigators are preparing charge recommendations for Crown counsel.

In a third investigation, on November 5th, the Delta Police were made aware of a suspicious vehicle in the area of Upper Canyon Road, North Delta. Patrol officers located an unoccupied vehicle and confirmed it to be reported stolen from Surrey. The patrol officers recognized that the contents of the vehicle indicated the car was staged in the area to be utilized for further criminal activity – potentially acts of violence associated with the current gang conflict.

Late Sunday evening, a suspect returned to the vehicle and was apprehended by members of the DPD with the assistance of the Combined Forces Special Enforcement Unit’s Uniformed Gang Enforcement Team (UGET). The male suspect was taken into custody for stolen property and firearms offences.  The Crown has approved charges against the suspect, and the matter is before the Courts.

The arrests made in these events highlight the coordinated response between law enforcement agencies to target those involved in the ongoing BC gang conflict.  The DPD would like to thank our policing partners for the support provided with these investigations.

In relation to crimes related to organized gang activity, the Delta Police is actively investigating and pursuing charges.  We ask that our community be a part of keeping Delta safe by continuing to observe and report suspicious incidents. 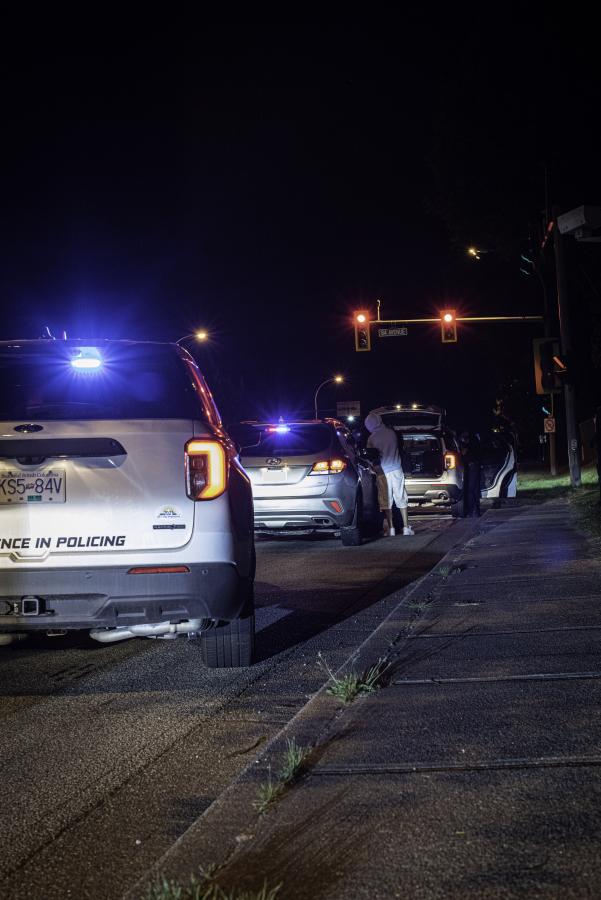