The community police station program is a policing initiative first introduced to North Delta and Ladner in May 1992.   In July 1994 the Tsawwassen DCPO (District Community Police Office) was added to the program and, in 2007, the Tsawwassen First Nation DCPO followed. Today, Delta Police has modernized its approach to community policing, using our DCPO as a hub to provide service to the community on a more personal level.

Delta Police uses a model of zone ownership. This model blends aspects of traditional law enforcement with prevention, problem-solving, community engagement, and partnerships by breaking Delta into four districts. District one is Tsawwassen, District two is Ladner, District three is North Delta north of 82nd Ave, and District four is North Delta south of 82nd Ave. Each district is further broken down to create ten zones. 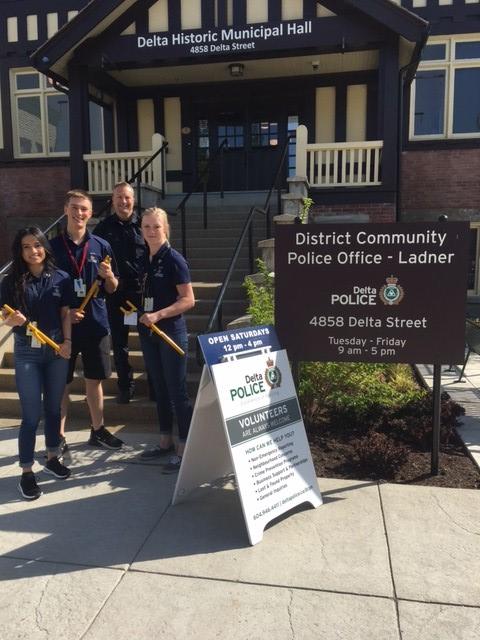 Each district has an assigned District Liaison Officer (DLO), working out of their local DCPO. The DLO acts as a hub for community concerns and problem solving initiatives for their assigned district. Overseeing our dedicated volunteers, the DLO is responsible for conducting community outreach in their district, and to identify the root causes of repeat calls for service, as well as community concerns. The DCPO is the focal point of community engagement and continuously conducts community outreach for each district. Our DCPO are staffed by dedicated volunteers who provide a number of services to the community.