The Delta Police Department is requesting the assistance of the public to help identify an individual responsible for damaging a Pride Flag that was hung from the Ladner United Church entranceway.

On July 5, 2022, at approximately 03:25 hours, an unknown suspect hid their face, attended the church front entrance and attempted to cover up the surveillance camera.  Once the suspect believed the camera was concealed, the individual left and then returned with a pole and began to damage the flag by striking it multiple times.  Police believe that the pole had some form of a sharp edge at the tip, resulting in the flag being torn in multiple locations.

The police are asking for the public to review the attached photo or video to generate information regarding the identity of the suspect, who appears to be a Caucasian male between the ages of 50-60 years old wearing all black clothing and a blue neck and face covering, as seen below on the Ladner United Church’s surveillance video provided to police.

Chief Dubord states, “The material cost of a flag is minimal, but the damage to the fabric of our community, again, is significant when someone intentionally damages a symbol of love, inclusivity and pride.  There is no room for hate or intolerance in our communities, and we are asking for the assistance of the public to solve this senseless crime.” 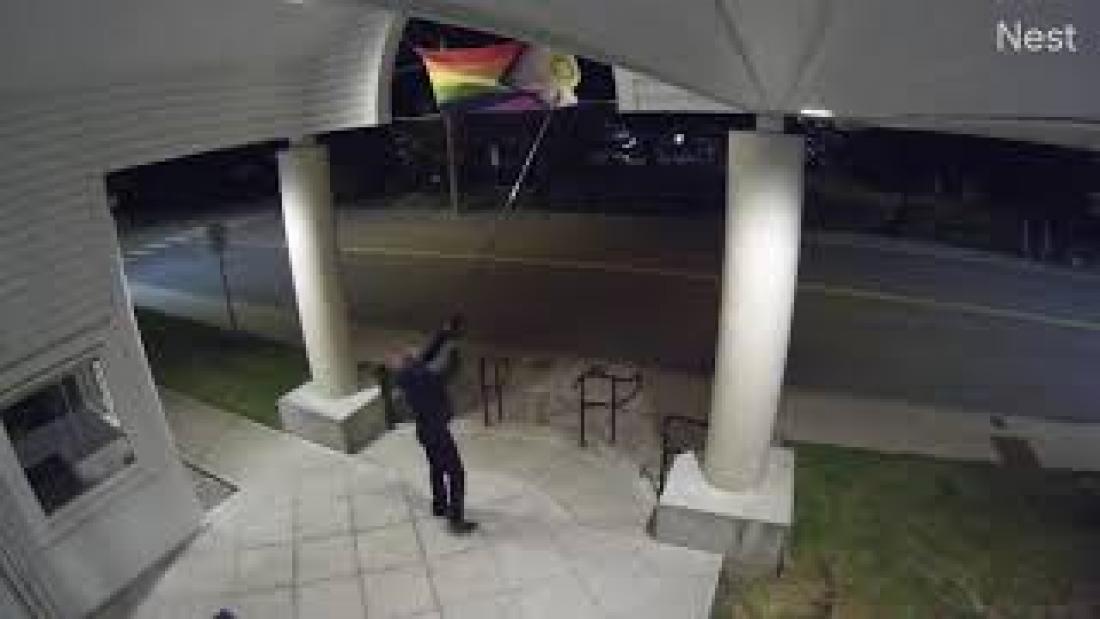