What started as a complaint from the public concerned about the wellbeing of dogs at a residence ended in a seizure of approximately $200,000 worth of dried marijuana, and 7,400 marijuana plants.

On August 11, 2021, the Delta Police Crime Reduction Unit executed a search warrant on a property in the 4800 block of 28 Ave in Ladner.

Two people were taken into custody without incident.

“This is not the first time a tip from the public has spurred a larger police investigation, and helped us to uncover a sophisticated illegal operation,” says Inspector Heath Newton, head of Delta Police Investigation Services.  “For me this really underscores that policing truly is a partnership with the community.”

Insp. Newton also credits the investigators on his team, who worked hard to secure the evidence for the search warrant. 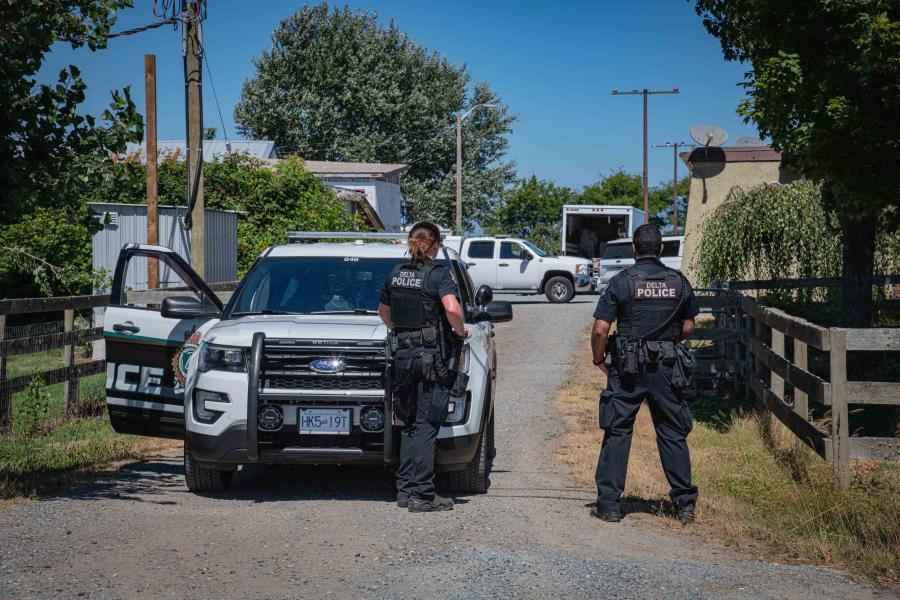 “This was a large scale marijuana grow-op,” he says. “The 7,400 plants that were seized were in various stages of growth. Officers secured about 100 pounds of dried marijuana that was being packaged for further distribution.”

Police also seized about $275,000 worth of equipment. The value of the seized marijuana plants is estimated at more than $2 million, based on a conservative estimate of the approximate yield per plant.

At this point no charges have been approved, but police anticipate forwarding charges under the Cannabis Act. The investigation is ongoing.