Delta Police are investigating a collision that occurred in the 7400 block of River Road early on October 22.

Police were notified of the collision at 6:52 am, Oct. 22. The investigation revealed that a pedestrian had been in the midst of crossing River Road in this location, when she was struck by a vehicle. Emergency Health Services were called to the scene, but unfortunately the woman did not survive.

The pedestrian is a 60-year-old woman from Vancouver.

“Our thoughts are with her family and loved ones,” says Cris Leykauf, spokesperson for Delta Police Department.  She adds that the woman’s family has been notified of her death.

The driver remained on scene and is cooperating with police. 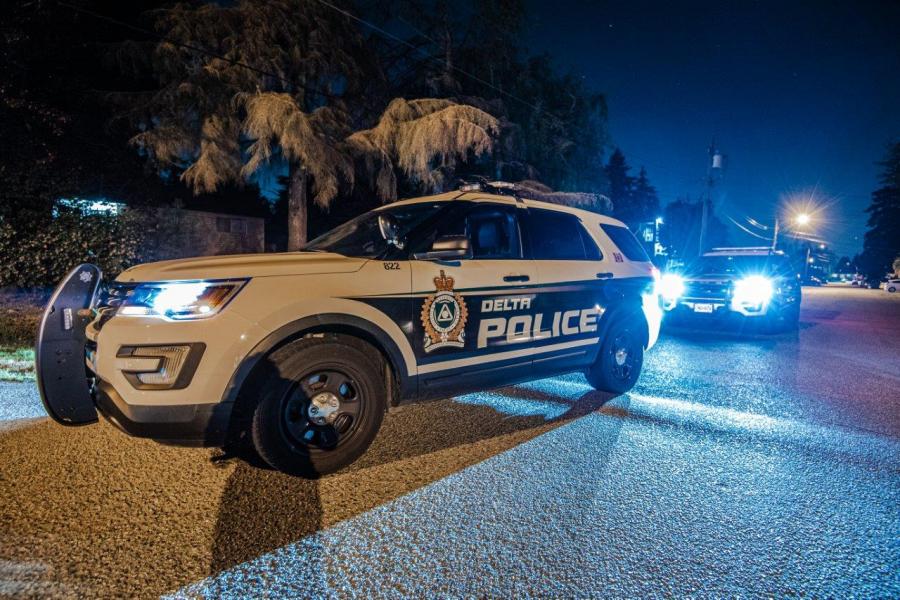 At the time of the collision it was dark, and the roads were wet. Police are unable to speak to any contributing causes at this time, but note that with dark and inclement weather, there are increased risks for pedestrians. Just yesterday ICBC and Delta Police volunteers were handing out pedestrian high visibility reflectors in Ladner. Free reflectors are now available in each of the Delta Community Police Offices.

“In addition to advising pedestrians to take precautions such as wearing high visibility or reflective clothing, and to make eye contact with drivers, we also ask drivers to use extra care, and look twice for pedestrians, particularly at intersections,” says Leykauf.  Nearly half of all crashes with pedestrians happen between October and January, she notes.

The investigation is being led by the Delta Police Department Traffic Services team, and their Collision Reconstructionist.

Police anticipate River Road to remain closed between 72nd  St. and 80th St. for a number of hours while the investigation continues. Drivers are thanked for the consideration and patience.