On January 19th, 2023, at approximately 7:30 am, a serious collision occurred in the 11900 block of Highway 10 in Delta. The collision was reported to E-Comm 911, resulting in the dispatch of the Delta Fire Department (DFD), the Delta Police Department (DPD), the Surrey Fire Department (SFD), and the British Columbia Emergency Health Services (EHS).

The collision involved five vehicles, two of which were heavily damaged, and one that caught fire. Prior to the arrival of emergency responders, a Good Samaritan, an off-duty RCMP officer, and an off-duty Delta firefighter jumped into action to rescue the driver of the burning vehicle who was seriously injured from the crash. The actions of these individuals prevented the driver from being harmed further. This driver’s injuries, while considered serious, are not life-threatening.

A second driver, trapped in another vehicle, was removed by attending fire crews. This driver received minor injuries from the collision. 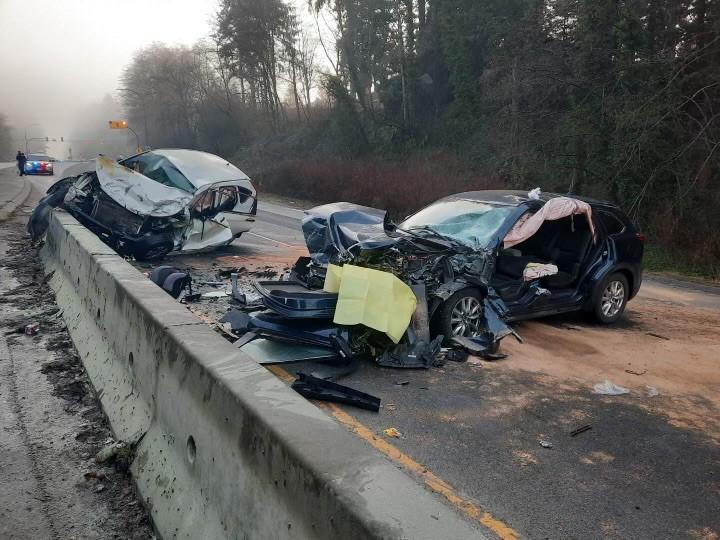