Delta Police are releasing video footage in an effort to help identify an arson suspect from a June 2021 fire.

Police were called to a residential house fire in North Delta in the early morning hours of June 28th, 2021.  The house was occupied at the time of the fire; however, no injuries occurred.

Investigators made efforts to identify the suspect but have been unable to do so to date, so are now seeking the public’s assistance. 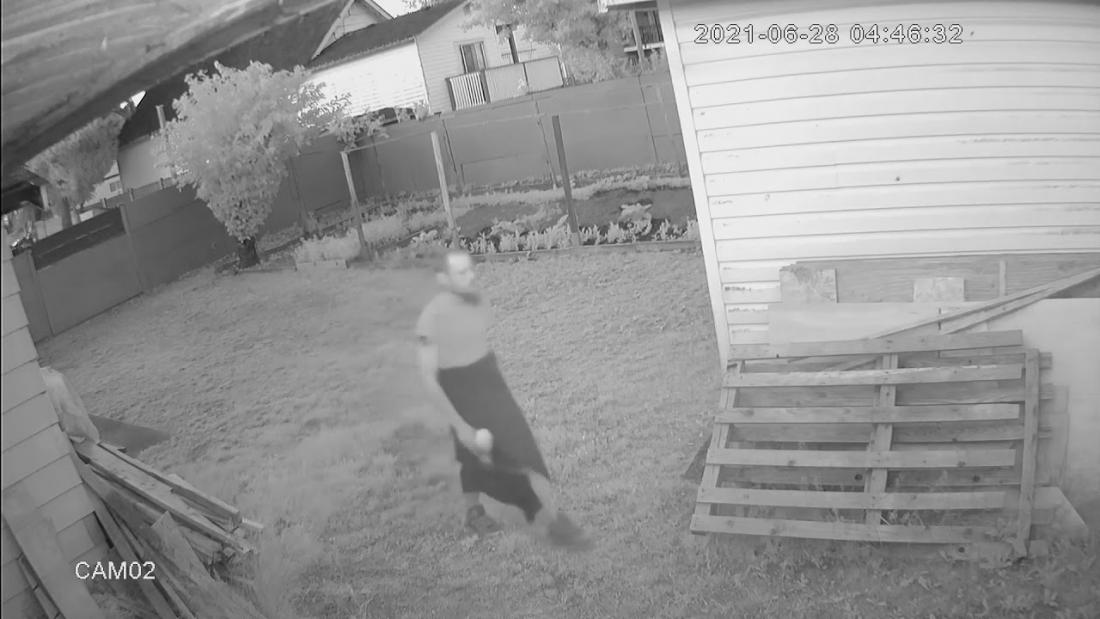 “As the video evidence shows, the fire was intentionally set,” says Sgt. James Sandberg, of DPD Major Crimes. “We are releasing clips from surveillance video that captured the arson and are asking for the public’s assistance in identifying the suspect.”

Police believe this was a targeted incident and not a random act. Aside from the danger the fire posed, police do not believe there was any further risk to the general public in relation to this incident.

The suspect is described as:

•    a Caucasian male with a long goatee,
•    having short hair with receding hairline,
•    with a thin build, tattoos on his forearms,
•    wearing a t-shirt and a long wrap around his torso and legs.

After watching the video, if you have information regarding the suspect’s identity, please call the Delta Police non-emergency number (604)946-4411 and reference tip file 2021-23408.

The fire was extinguished quite quickly, and was confined to the back of the home.

“Arson is a very serious and dangerous act, and we wish to assure the public that we prioritize investigations of this nature,” says Sgt. Sandberg.