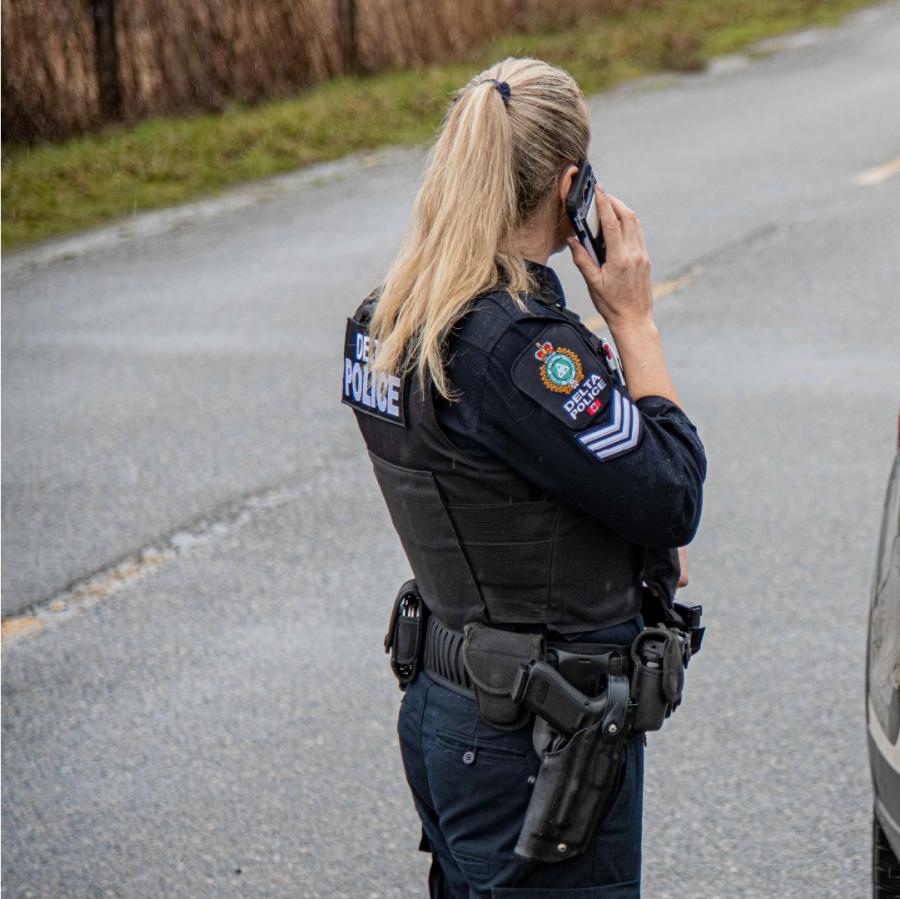 On March 31st at approximately 9:50 pm., Delta Police responded to a report of shots fired call at a residence in the 1300 blk of Tsawwassen Drive.

Delta Police arrived on the scene, and shots could be heard from within the residence. Officers contained the residence, and a male exited carrying a carbine rifle. The male was challenged by the responding officers.  The male dropped the loaded firearm that was found to have jammed. The male refused further commands to allow for a safe arrest, and officers deployed a conductive energy weapon to gain control.

The male was taken into custody, and the residence was cleared shortly thereafter with the assistance of the Lower Mainland Emergency Response Team. No further occupants were located, and fortunately, no one was injured.

The male seemed to be under the influence of drugs, and this incident appears to be an isolated occurrence. Deputy Chief Harj Sidhu states, “this was a highly volatile and dangerous situation involving an unpredictable subject with a high caliber weapon. If not for the patrol officer’s calm demeanour, bravery and trusting their extensive training, this incident could have resulted in a very different outcome. Our department places the utmost importance on ensuring our frontline officers have the necessary equipment and training to respond to these high-risk situations and bring them to safe resolutions”.

Tyson Cole, age 35, of Surrey, has been charged with several weapons-related offences, including recklessly discharging a firearm, and he remains in custody.