More than 50 weapons were seized, and 148 roadside arrests or detentions were made during the first three months of the DPD’s new Violence Suppression Team.

The team was stood up after a spike in gang-related violence in 2021, and the May 1 homicide of Bikramdeep RANDHAWA in Delta. The team was conceived as a three-month project, and reviewed at the end of August 2021.

“The team was created to be highly visible, and to deter individuals associated with violent crime from Delta,” says Deputy Chief Harj Sidhu, who heads up Operations for Delta Police.

The team gave a boost to the existing Inadmissible Patron Program, recruiting new establishments to it. And its officers also tested the DPD’s new body-worn cameras.  Backing up the visible efforts, the team publicized its efforts on social media platforms, to ensure the public, and those associated with the gang lifestyle, were well aware of activities.

In addition to the weapons seized and arrests, by the three month mark the team: 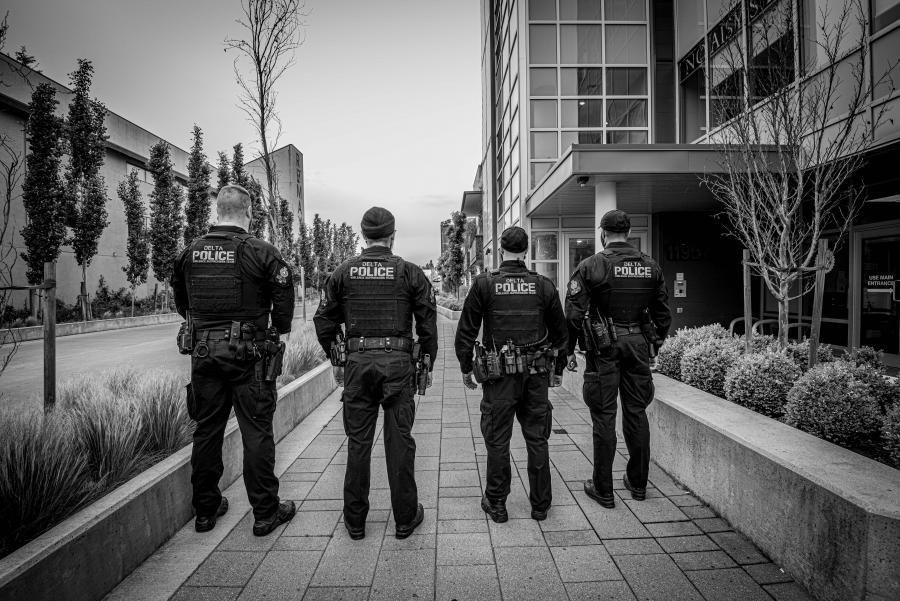 “Another important aspect of this project is that we had hoped by using body-worn cameras, our officers would face a reduced risk of violence. I’m pleased that since we began the deployment of the cameras with this team there have been no violent incidents that resulted in officer injuries,” says DC Sidhu.

He notes that DPD continues to work with regional partners to keep up the pressure on gangs in the Metro Vancouver area, and that the coordinated approach of frontline interdiction is making a difference.

Based on the initial success of the Violence Suppression Team, it has been extended until the end of 2021.

“In combination with our Patrol Support Team, our intention is to keep the foot on the gas, with continued checks of licensed premises for those associated to the gang conflict, as well as other activities to deter violence in Delta,” says DC Sidhu.