During 2021 key crime statistics decreased in Delta, when compared to the same crime types over the previous three years.

“It’s really good to see those numbers trending down in most areas,” explained Deputy Chief Harj Sidhu, who is in charge of Operations at Delta Police. “And these year-end stats are in keeping with the data that Statistics Canada issued in the summer, which showed Delta’s Crime Severity Index to be nearly 40% less than the provincial average.” The Crime Severity Index takes into account both the volume and the seriousness of crime.

Person offences were down 8% compared to the 3-year-average, with 726 offences recorded. Violent crimes include offences such as assaults or robberies, while the broader category of persons crime also includes harassment, for example. 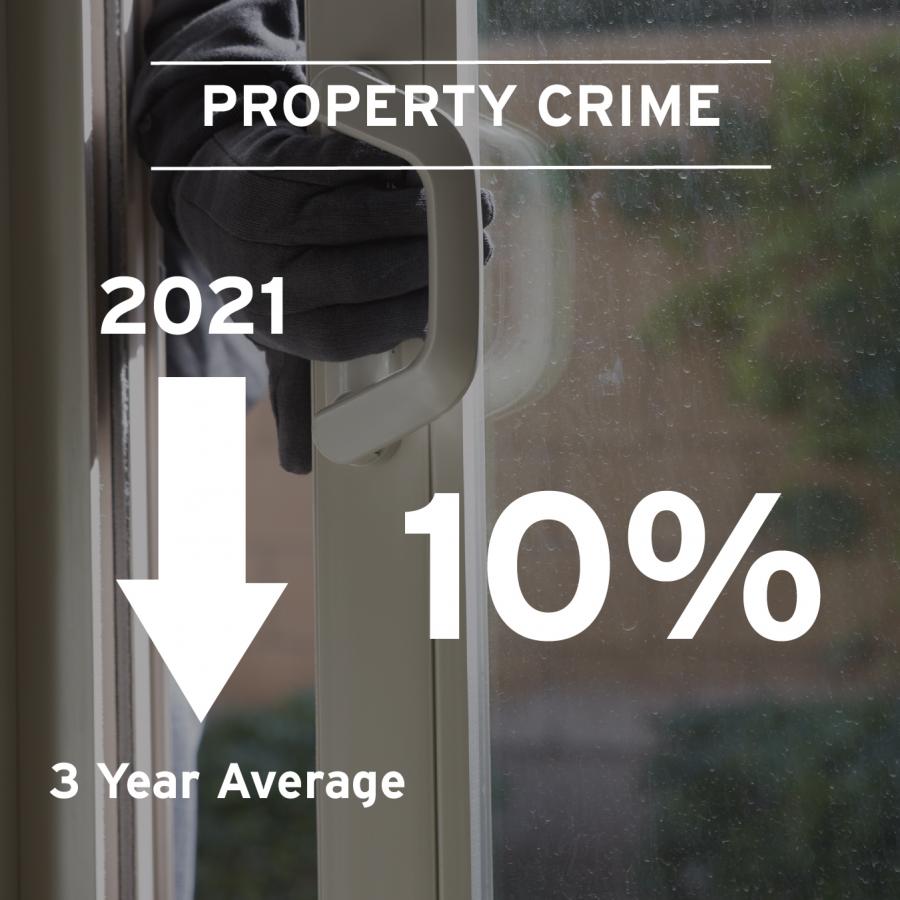 Thefts from auto were one crime type that increased, up 4% compared to the 3-year-average, with 742 theft from vehicles.

“We know this type of crime is particularly troubling for our residents, and I want to reassure the public that we continue to make it a priority, and to look for innovative ways to tackle this issue,” explained Deputy Chief Sidhu. “I’d also like to request that the public get in the habit of never leaving anything of value in their vehicle, even empty bags or boxes, which could tempt would-be thieves. Generally these are crimes of opportunity, and we see them come in waves.” He also acknowledged that a significant component of this type of crime is due to theft of catalytic converters from vehicles. The DPD is working with other police departments and the provincial government on strategies to address this issue.

On Delta roads, there were 1,229 collisions reported to police in all of 2021, up 12% compared to the 3-year-average. In 2020 there was a marked decrease overall in the number of vehicles on the road, due to the impacts of COVID, which in turn has affected the 3-year-average. The DPD continues to employ an evidence-based approach to road safety, and targets enforcement in areas that see high numbers of collisions. Regarding enforcement, police handed out 8,496 violation tickets in 2021.

Delta Police saw a significant increase in the number of drivers who performed poorly on drug sobriety tests conducted by trained officers, up 43% in 2021 compared to the 3-year-trend. However, Deputy Chief Sidhu notes that this reflects the increased number of officers who were trained in drug recognition over the past several years as a result of the legalization of cannabis.

“The other area that we are continuing to see a spike, is in reports of cybercrime,” said Deputy Chief Sidhu. “We had 507 incidents reported in 2021, an 80% increase when measured against the 3-year trend.”

Delta is not unique, as a wide variety of cybercrimes, from frauds to sextortions, have dramatically increased across Canada in recent years. As a result of this trend the DPD is devoting more resources, increasing officer training and investing in specialized equipment to combat this issue.