On Friday night, Feb. 12, a Delta Police constable was conducting general patrols in the area of 10,100-block of River Road. He attempted to pull over a vehicle; the driver initially slowed down and appeared to pull over, but then took evasive action and fled.

The constable caught up with the man, and a struggle ensued, during which time the suspect allegedly threatened the officer, assaulted him, and produced an edged weapon.  Other police officers arrived on scene, including a member of the Lower Mainland Integrated Police Dog Service. Together the officers were successful in bringing the suspect under control. 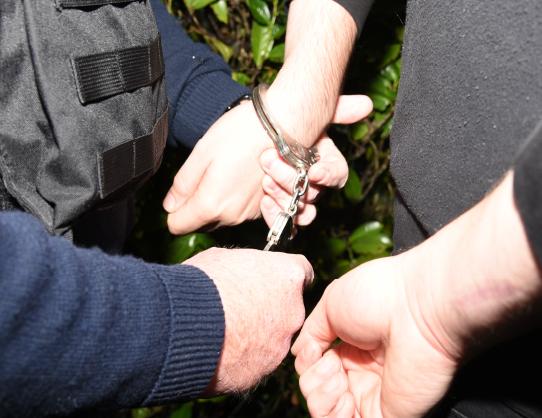 “Unfortunately we’ve noticed an increasing trend of drivers attempting to flee from police,’’ notes Inspector Ciaran Feenan, who is responsible for front line policing operations in Delta. “That type of behaviour puts public safety in jeopardy, and is challenging for our officers who must immediately evaluate the risks and determine appropriate actions. When our officers are faced with people resisting arrest we fall back on our training, which is to take suspects into custody quickly with minimal risks to all involved.”

Police are pursing four charges against the suspect including assault a peace officer with a weapon or cause bodily harm, uttering threats, flight from police and fail to provide a sample.