As 2020 wrapped up, police in Delta found key crime and safety trend numbers had returned to typical levels in many areas, but the pandemic definitely had an impact on overall stats for the year.

Most notably, violent crime was down 18% in 2020, versus 2019, reversing a multi-year trend where these type of offences had been on the upswing. However, in the final quarter of the year, the number of persons or violent offences was nearly the same as the previous year, with 170 offences noted by police, compared to 172 in the same time in 2019. This category of offence includes assaults, domestic assaults, robberies, arson, etc. 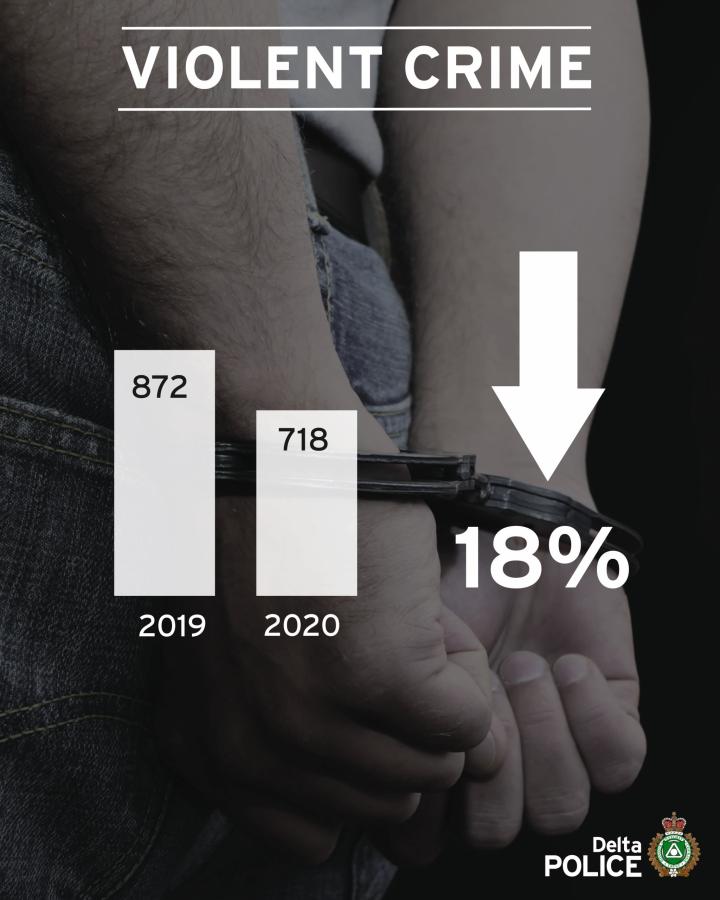 “Our officers were very busy in the second half of 2020, addressing a growing number of mental health related complaints, as well as dealing with troubled youths acting out in a variety of ways,” says Deputy Chief Harj Sidhu, who heads up Operations at Delta Police. “I believe some of the proactive work done by our officers helped to keep overall violent crime or persons offences down.”

Fortunately Residential Break and Enters moved in the opposite direction, down 21% overall for the year with 147 instances compared to 185 in 2019. In the fourth quarter those numbers remained steadfastly down, with just 34 noted compared to 45 for the same time last year.

“The decrease in this type of crime shows how much break and enters are a crime of opportunity,” explains Deputy Chief Sidhu. “With greater numbers of people staying at home, there were fewer opportunities for thieves who typically target properties whose residents are away – either for a few hours or days.”

Instances of Thefts from Autos did not fare as positively, with 772 noted for the year compared to 689 in 2019, up 12% in total. There was a spike in the fourth quarter, with 185 offences noted, compared to 137 last year. Police are keeping a close eye on this category of offences, upping patrols and working with residents to encourage people not to leave anything of value in their vehicles, including spare change and sunglasses.  Residents are also advised to lock their vehicles, as “smash and grabs” are not common within Delta – instead thieves more commonly try door handles, and rummage through unlocked vehicles. 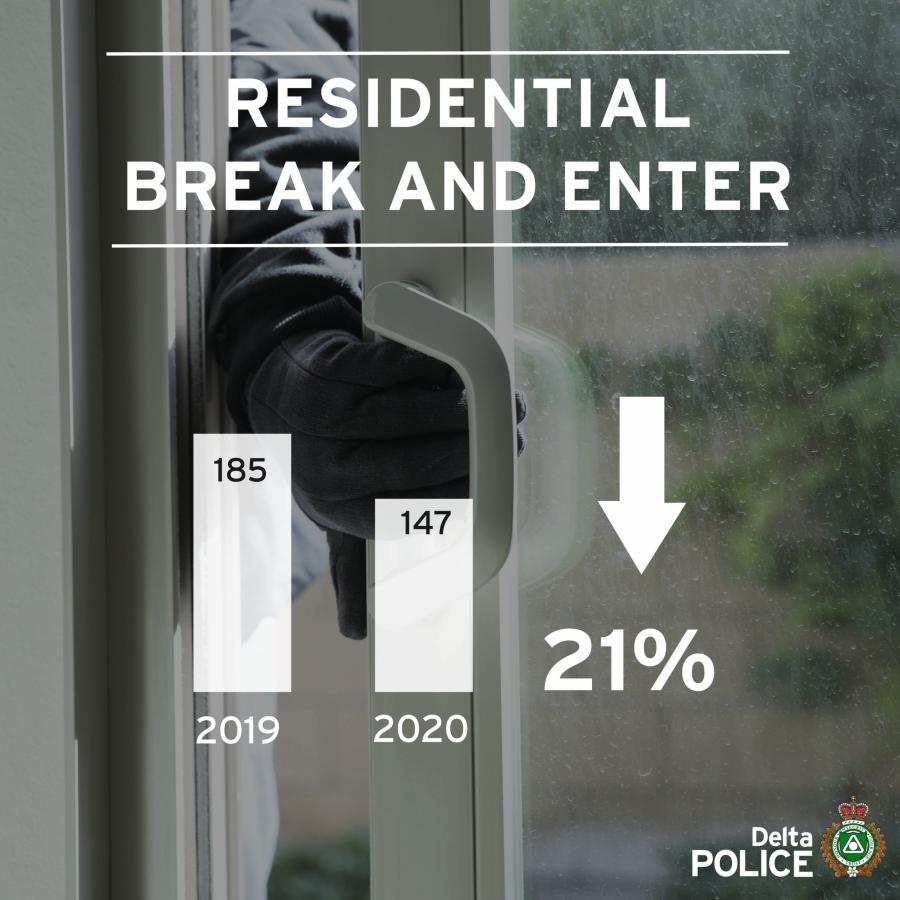 Violation tickets were also down significantly, as police made significant adjustments when the pandemic first was proclaimed. There were fewer drivers on the roads in the initial months, and police tried to be sensitive, as people coped with changes wrought by the pandemic. The number of tickets overall handed to drivers in 2020 was 8,504, versus 11,791 in 2019. However, again by the 4th quarter, ticketing numbers were mirroring 2019, with 2,734 tickets handed out in 2020 Q4, versus 2,708 in 2019.

The public can view updated crime trends throughout Delta on the Crime Map on deltapolice.ca. Please zoom in for more information for specific crime types.